How To Pronounce “Bengkung” in Bengkung Belly Binding How many of you read that automatically with the two different sounds? There are 2 ways of pronouncing potato and tomato. PoTAYto or PoTAHto and ToMAYto or TomAHto. And they are both right. Not quite with bengkung.

I think the first thing I should share with you about bengkung, is the right way to pronounce it! If you are planning to work around bengkung belly binding, it is important to say it right. Don’t you think?

Malay is considered one of the easier languages for English speakers to pick up. In the difficulty languages to learn index, Malay falls under level 2 out of 5. What makes it easy is because it uses Latin alphabets and it is a phonetic language! This basically means the words are pronounced exactly as how it is spelled.

Outside of the Malay world, most if not all the non-Malay speakers I met seem to pronounce it incorrectly. The most common pronunciation from native English speakers sounds like this..

bang is in Big Bang and kong as in King Kong

And it doesn’t help this is how it is being pronounced in popular bengkung belly binding instructional videos by non- Malay speakers. But it’s ok. I wouldn’t expect non-Malay speakers to say it right the first time (or the next many times). In fact, intuitively I would imagine that is exactly how native English speakers or rather non-Malay speakers would pronounce it.

(Incidentally, I was looking up how to phonetically spell it and discovered there is actually a term to describe this. It’s called “hyperforeignism”. It is when a foreign word is hyper-corrected to a pattern of pronunciation that is not appropriate. How interesting!)

In any case, I’d like to help non-Malay speakers pronounce it right. I’m attempting to spell it phonetically just like Dictionary.com and also using a second reference from Phonetic Spelling Instructions from Carnegie Melon University to describe the sound.

And so the right way of pronouncing BENGKUNG is actually more.. gentle and subtle. The pronunciation of the letters “be” here follows the phonetics “bə”. In other words, it follows the sound of  (ice)”berg” ending instead with an NG. And the koong sounds like “cool” but ending with NG.

Try saying it out loud.  Can you hear the difference? Can you see how to say it? There is only so much “spelling” and “explanation” I can give to demonstrate the sound of a foreign word. Let me actually say it for you here.

Here is the audio of how to pronounce it.

Try it! If you practice saying it a few times, I’m sure you will be able to get it right!

On a side note, since we are learning Malay, let me share another Malay word that is most commonly used. This is how you say THANK YOU in Malay:

The literal translation of Terima Kasih is Receive Love. I love the idea that the Malay language’s way of thanking someone is by saying that you have “received the love”. Imagine someone does something nice for you, and you respond by saying “I receive the love”. It is sweet, isn’t it?

Well, terima kasih for taking the time to read this blog post! 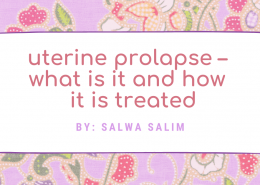 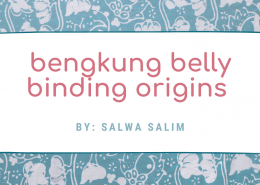 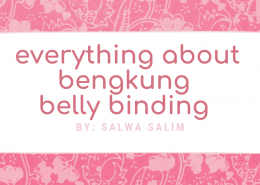 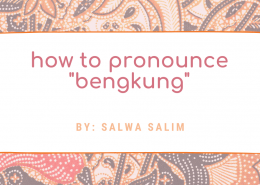 I hope you have learned something new about bengkung belly binding. If you have a comment or have any questions, I will be happy to personally answer any questions.

Want to join the discussion?
Feel free to contribute!

Welcome to My First Blog Post in Bengkung Belly Binding

Everything You Need To Know About Bengkung Belly Binding (Abdominal Binding...
Scroll to top